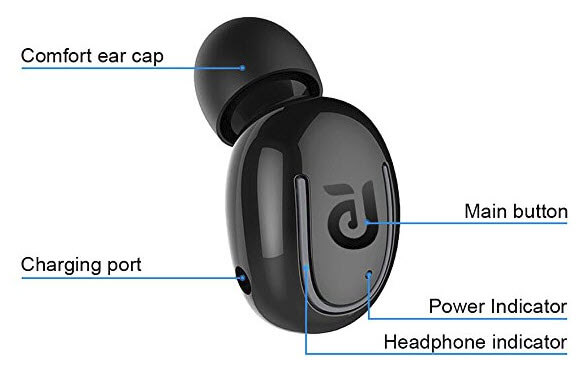 One of my favorite ways to get new ideas, find out about news in productivity and entrepreneurship was to go for walks and listen to podcast. I would do this in the morning, sometimes at lunch, or in the evening. It was great…until I moved!

Why would moving change anything?

Well, there’s more traffic here (Bay Area) so I definitely don’t want to have both ears covered while walking around. Also, it’s warm enough that bigger headphones aren’t very comfortable and any headphones that go in both ears usually have an over the ear portion which gets in the way of sunglasses or hats.

Now, that wasn’t the end of the world, as I just did my walking and thinking without listening to any podcasts.

But I missed those podcasts and knew I was falling behind on a few that I get tons of value from.

And just last week I came across a Reddit post talking about single headphone bluetooth headsets for people that don’t want both ears covered…and that’s when I came across one similar to what was mentioned in the post.

This little thing is great! 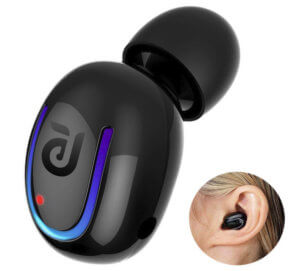 I read through the reviews on Amazon from this and several others and it was mostly positive. The downside that came up was that the battery was not as good as stated, but with people finding several hours lifetime of active use it was still more than enough.

One other “quirk” with this headphone is that the charging cable is regular USB on one end and a pin on the other, not micro-USB or anything like that. For me it’s not an issue as they included 2 in the package and I’ll keep one attached to my desktop computer until I no longer use it.

So, the good news…I get to walk and listen to podcasts again and it cost less than $20! Wish I would have come across this sooner.

If you also enjoy walking (safely!) and listening to music or podcasts, this is a great little bluetooth headphone addition that is lightweight, can last several hours, and is unobtrusive. Two thumbs up from me.

What was it that I had to listen to? The Tropical MBA podcast. What do you listen to while walking or working?