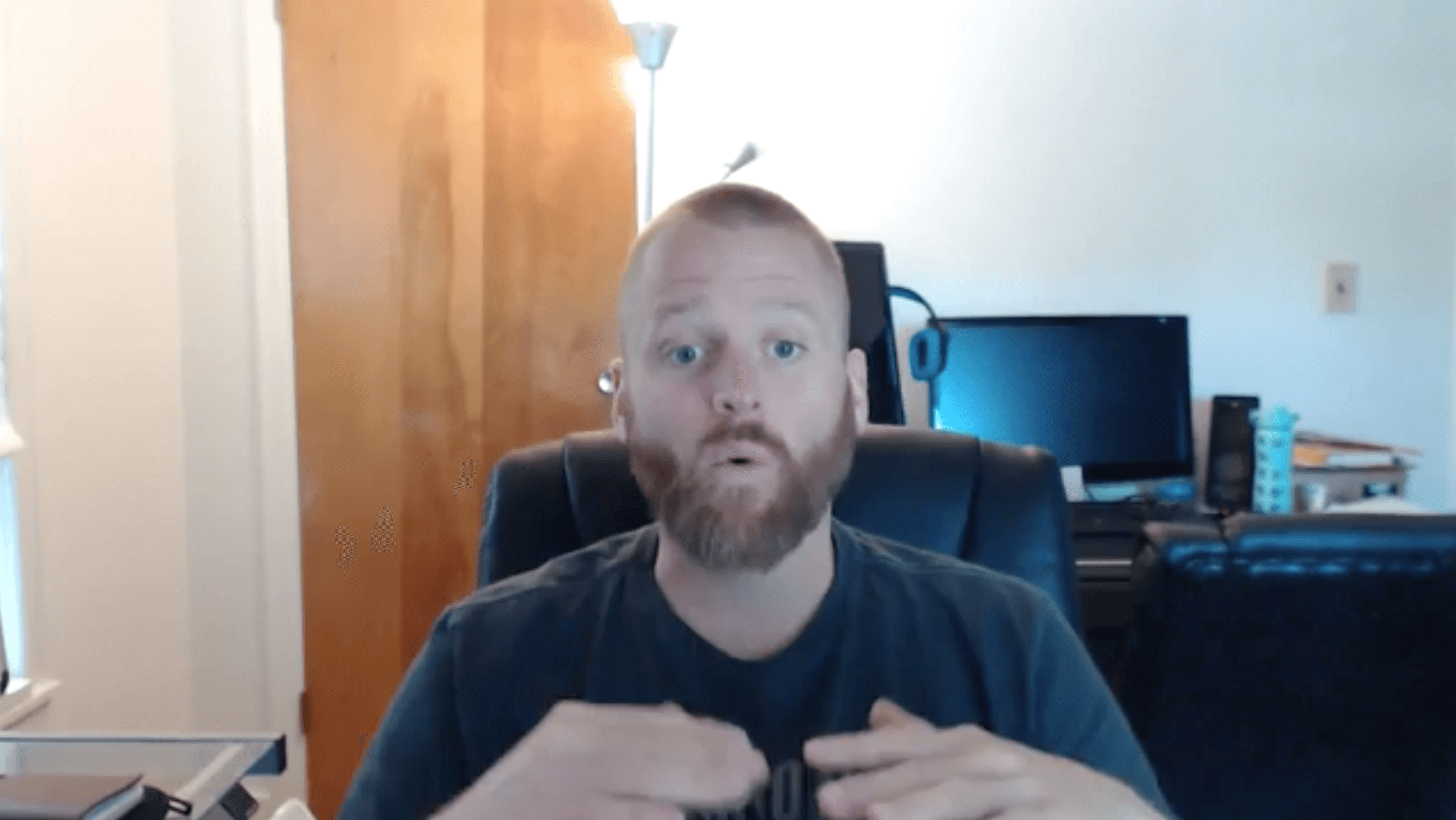 Hey everybody, this is Adam with Productivity Academy. Real quick before we get started today, I want to say wherever you’re watching this, either up there or down there somewhere, if you have questions about productivity, time management, productivity apps, any of that stuff, you can click on that link, and if it’s not there for whatever reason, I’m looking at it now, you can go to productivity.academy/questions, and just pop it in there. It’ll take you to a form that says, “What’s your single biggest productivity or time management problem, and you can just pop in your question there, and then I use those to answer questions if I don’t have live questions during this Q and A.

Originally, these are, or right now, for now at least, these are on Facebook, on the Productivity Activity page at 10am on Wednesdays Eastern time, and then I’m also putting them over on YouTube, so people who are on YouTube, if you’re watching that there, you can catch these there. You can always go to that link though throughout the week, any time, and just ask a question and then when the show comes up, I’ll go through those questions too.

All right, well, let’s get into it. The first question today is, “Why do you use Todoist and does it make you productive?” Why do I use Todoist? Well, I still use it, it is the first one, so I use Todoist, and I also have Focuster, which people have probably heard me talk about. I highly suggest you talk about both of them. I personally use both. I think eventually, I’m going to move to one or the other, but I’m actually using both, so just to say that.

Now, why? Because I really like Todoist, I think that some of the features they have are really nice, they’ve recently updated, and include a two-way calendar sync, which is something that I believe only Focuster had before, and then Todoist also has teams, so you can add and share tasks with people, so for the workplace or at home, if there’s something in the house, maybe you’ve gotta schedule something, or you could put your shopping list in there and share it with your wife and kids or husband, whoever. That’s really handy.

But moreso is the baseline why does it make me productive is that it’s that gathering point for all of my tasks when I have connection. If I have my phone or my computer, I can grab my phone and use the little Todoist widget and just pop in something, whether it’s a reminder, an actual to-do, or a project, something like that, it just goes in there and that’s how I use it, and it’s really handy, because then I can go through there and do the triage, right? If it’s just a reminder or note or something, I can pop that into Evernote, because I find that Evernote and other ones like that, it takes a while to actually get the information in there.

When I say, “It takes a while,” this is all relative. It takes me maybe 30 seconds or a minute on Evernote, whereas in Todoist, it takes me five seconds, so I really like that. If something comes to mind, I can just quickly dump it in Todoist and then deal with it, and then in the morning, when I do my daily review, I’ll go through Todoist and do a little prioritization and batching, and what I mean by that is, I’ll literally sit there and do a quick reorganization, because I’ll have maybe a bunch of different tasks, and I’ll put them together, ’cause you can click and drag and move them round, so that you have like items together.

So maybe for one business, ill have all those tasks of the day laid out, have something ready to talk to an assistant, and then things around the house will be batched together in one block, so mentally when I look through this, I’m not all over the place, and I can then prioritize and go. Cool. So that is for me, how it works, and those reasons are what helped me be productive by using Todoist, ’cause just signing up for Todoist isn’t going to magically make me productive and make the time management gods smile down on me. It’s putting it into the right process that then combines and will help you out.

All right, let’s see. Question number two. “What is your method of using your time efficiently without forgetting tasks?” Okay, so this is good, this ties into the question I just answered, and as far as, let me make sure I’ve got this bit, “What is your method of using your time efficiently without forgetting your task,” okay. So this ties into batching tasks, and then using something like Focuster, or I’m right now trying the Best Self Journal, which one of my business partners grabbed for me, and here’s you can like, time-blocking over here on the side, and actually accounting just more accurately for my time, it’s something also I do with Focuster, because it has a nice view where you can plan your day, it’s locked in your time in your calendar, but then you can go to a minimal window, where it’s just got like, this is what you’re working on, and this is how long you have that accounted for.

As far as being efficient, I think that will really help you, because not only does it force you to try to stick to a schedule, but it also helps you get more accurate in saying, “Oh, this task takes me this long,” or, “Man, I thought this would take me half an hour, it turns out I need an hour and a half,” or the other way around, maybe a lot shorter than you think, and you’re giving yourself too much time.

Then, without forgetting is just having your list, whatever it is. If it’s your notebook, if it’s your phone, if it’s Todoist, Focuster, whatever, have that list. That’s how you don’t forget, and that’s part of the next question too, which I’ll get into obviously in a minute, but I think not forgetting your tasks, that’s could be as simple as having a list, and then you review that as you go, add to it, delete, do whatever you need to do, but I think that’s usually good enough.

Okay, and so for the last question I had was, “Why am I so unmotivated for a day every now and then? How could I break that and be productive on those days?” Like I was just saying, I think this really ties into not forgetting a task, because we all have those days, right? I call BS on somebody who says that they wake up every single day just really wanting to get out there. It’s like, hey, everybody’s got that day. Maybe you’re a super positive person, but some days you got a little bit of a cold, or you’re just tired, and then for the rest of us mere mortals, we have days where it’s just kind of tough, or you’re just not feeling that motivated, and so this is where having a routine comes in handy, because if you don’t have the foundation, then you’re really gonna flounder when you have those days, because it’s going to be so much easier, your willpower is gonna be so much lower.

What I mean by this is having a routine for myself and what I recommend for a lot of people is having a morning review, and that could be as simple as looking at your calendar, checking whatever your aggregating place is, if you have notebooks, if you have Evernote, if you use Todoist, if you use email, go through that and make sure you’ve collected everything and then you can weigh out your day.

For some people, that may be five minutes, for other people, you may need half an hour, it may involve talking to people, but you get in that habit, and you have that routine, so that when the time comes and you’re not feeling like it, you know one, it helps you and it makes your day easier because if you don’t do this, it makes your life harder, and then on top of that, you know, “Hey, I just need to sit down. If I can get through this, I can prioritize, I can batch my tasks, and I can make my day easier by saying, ‘You know what, maybe there’s some more things that I can either delegate, or they can be moved to another time slot, but these things need to be done, and if I just go ahead and get them done, then, you know, my life will be easier, I’ll feel better,'” and then also, on top of that, by getting some stuff done, you’re starting that momentum and you’re gonna feel more motivated just by doing it.

Not a super big secret there, but I think that the underlying thing you need to have is a routine, and for me again, it starts with that morning routine, ’cause when you get up, you want to win the day, you want to win the morning, so start off with some sort of a road view that let’s you have some quick wins, and then will help you get more motivated as you go, even if you start off feeling kind of bad.

All right, hopefully that helps, and like I said at the beginning too, if you haven’t submitted a question before, wherever you’re at, up top or maybe down below, you go to productivity.academy/questions and just pop it in there, and if you got anything besides that, comments, or anything like that, you can leave it here on Facebook, if you’re viewing on Facebook. If it’s YouTube, just leave a comment and let me know. Other than that, I will see everyone next week, and thanks for watching.