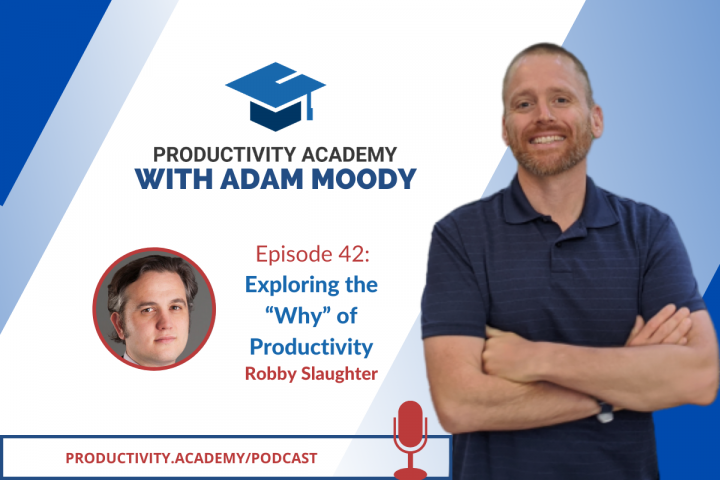 Joining me this week is Robby Slaughter, workflow and productivity expert.

With a background in technology and mathematics, Robby discovered that he liked best helping people overcome their problems rather than finding a solution to the problems themselves.

One of the things that he focuses on is not only the “how” of productivity (that next cool to-do list that claims to help you master everything) but on the “why” of productivity.

Robby thinks that human beings are at their best when they’re doing one of two things:

And that by mixing the two troubles arise.

If you decide to relax and manage to do it, you’re being productive.

Another thing that Robby believes in is to write down with pen and paper what’s on your mind so you can take it out of your head, focus on what’s on hand and then address it when you need to.

This is backed up by the Zeigarnik effect.

Listen to this episode and learn:

Mentioned in this episode