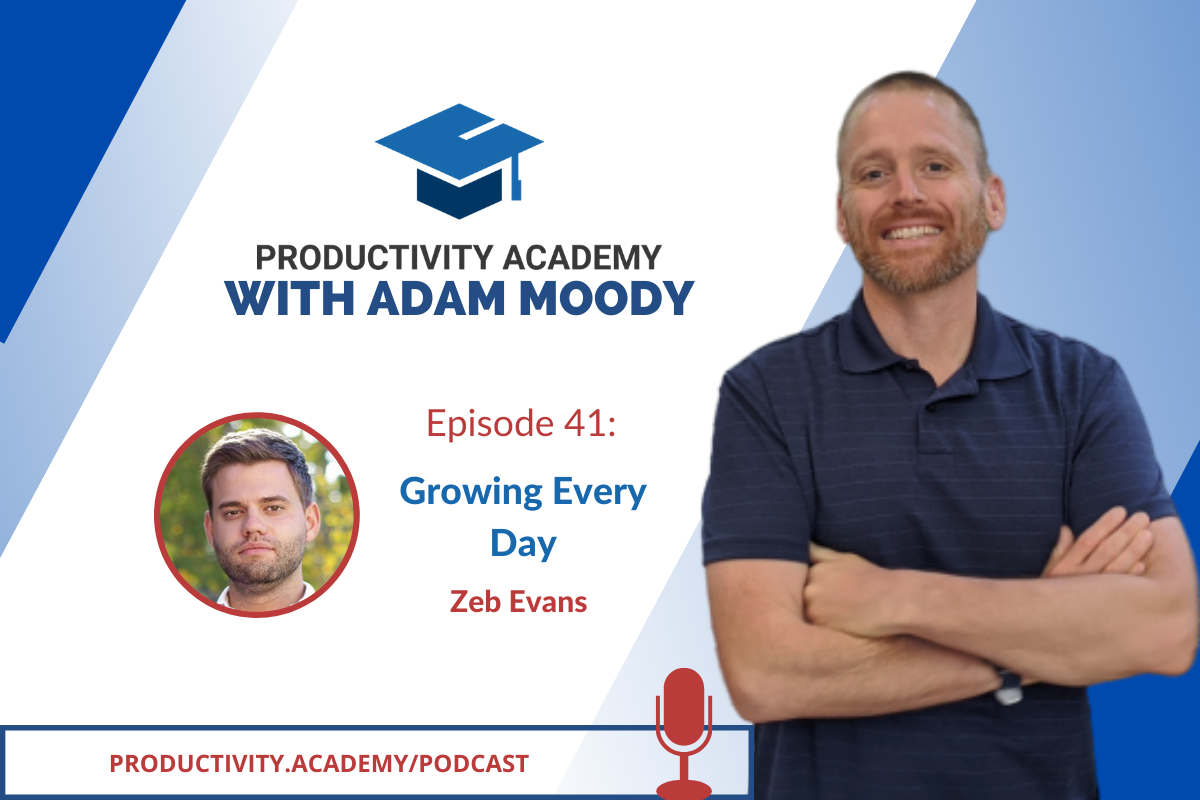 Joining me this week is Zeb Evans, founder and CEO of ClickUp.

Being an entrepreneur from an early age, Zeb taught himself how to code, dropped out of college and created a social media firm. A lot of frustration from productivity software at the time was what inspired Zeb to create ClickUp.

If you haven’t heard of it, ClickUp is a project management & productivity app I’ve been using for the past 6 months that has tons of integrations and lots of features built into it that aim to reduce the number of apps you need to use.

I asked Zeb about his personal routine and the first thing he does right after waking up at 4:30 AM surprised me a lot: Taking a bath (if you wanna know his reason, listen to the episode 😉).

One of the things that makes ClickUp and its team stand out are their core values, one of them being “Urgency and consistency.” Having had 4 near-death experiences, Zeb puts a lot of emphasys into doing the most you can do now and not leaving things for later.

We discussed a lot of topics, one of them was leadership. Zeb’s principles involve encouraging growth, sharing knowledge, and reducing red tape.

Listen to this episode and learn:

Mentioned in this episode: