You can watch the video for the last episode recorded on December 19, 2019, above, or you can review the transcript below.

Welcome to the productivity Academy weekly q&a number 105. This is the Christmas edition. This is going to be the last q&a for 2019 for the decade, I guess before taken off for holidays, going to visit family, friends. And then coming back, you should probably take the first week off and then be back in January.

Start doing some more Q and A’s but today, we’re going to talk about principles and book by Ray Dalio want to just literally just wrapped that up on the couch and was like, wow, this is a great time to well do the q&a on time and also to talk about that share some insights, answer any questions that come up.

And also there was one question about productivity tools. So being that it’s kind of the end of the year, want to talk about that again, real quick. So real quick, if you’re watching live and when you’ve got a question, go ahead and ask it. I’ll get to those as time allows. If you’re catching the replay, that’s awesome.

You can see scribe, of course, you can also find the real world productivity group, you do have to answer questions like what’s your number one productivity issue. Now just want to make sure that you want to be in a group with other people who are interested in productivity, time management, automation, all that sort of good stuff. So let’s talk about it. So like I said, just finished up principles.

This is a fairly lengthy book, I think it’s a novel called about 600 pages. just packed with good information. I think that what I wrote, I wrote just a brief summary to myself, which I think is the best way I said, My gut reaction after finishing the book is that I’m going to have to read this again, to really pull the nuggets out that will help me the most, and then read it again after that.

There was so much information that I found attractive that I need to distill it down to what I can implement in the next few months or even the next year. And I think that that’s a great first summary, but I’ll also go on to say that, you know, his main reason for writing this was wanting to share what has guided him and his life and business.

As far as principles and but then also they’re formed into processes so that if you follow these, you know, if you have this situation occurred do this, that type of a situation, he wrote this down over time, so that he could operate his business and see, okay, I made this decision, it worked well for me, I should do that again in this situation.

And he even says at the beginning, he wishes that the people he had looked up to in business or mentors had done this and you know, that he really wants to know, what was it that made them successful? How did they choose decision some of these great leaders or product developers all of this sort of thing? So I found that really fascinating. And then that got me thinking like, yeah, I really wish people did write down how they made their decisions.

And then that got me thinking about myself, do I write down how I’ve made my decisions? I have some processes. You know, I think we all do for just day to day living or businesses. But you know, do we have, you know, actual decision points for Hey, when this comes up in my business, do x y Or z depending on these types of ideas. So really cool book dives into that and then dealing with the people element as to or sorry, the people element as well.

So not just yourself, but then how can you build an organization based around these ideas of kind of an idea of meritocracy as he describes it. So I will just say that I highly recommend grabbing this book. I’ll include a link in the comments below, so that you can grab a copy if you want to read it really found it to be a big help. And like I said, I’m going to go back and be rereading it. So this is probably going to go on my list as like one of the top books of 2019.

So glad that I finished before the years over. Let’s see, that also reminds me I’ll have to do a little short review at some point of atomic habits. That book could come highly recommended to me earlier in the year. And also just wrap that up on a little bit of a sprint finish out my year. Got some really good nuggets out of that book. I slightly disagree with some of believers, James clear who wrote that, some of the way he approaches it.

But I think that everything he wrote is totally sound as far as the habit cycle and how you can build and then invert the ideas to break habits, which is really cool. And I love, love, love, love, how he provides the kind of actionable steps so that you know, hey, this is actually how you do this. It’s not just hey, here’s the habit loop and you know, do you try to do things with it? It’s like, no, it’s very specific, very actionable, which I really, really appreciate.

All right, let’s see, the question to that somebody had asked was what are the best productivity tools? And I bring this up just because at the end of the year, and I thought, you know, hey, this would be kind of good to talk about, you know, it’s been a year what are the tools that I’m using people ask that a lot, you know, what is your productivity stack? What’s your tool stack, and I’m still going strong with to do list. I haven’t found a better app for really quick entry.

I don’t use it for project management. I use it On a daily basis, so I just can add stuff there instantly off my phone, it’s really fast. So I use that to collect ideas to collect issues problems. And then from there, I put it into Monday. So I’m using Monday calm for project management that’s been really, really powerful this year. So working with a small team in there. And then for communication, slack is definitely the winner there.

So using a lot of other apps on more of a part time basis, things like WhatsApp for communication, Google Hangouts, definitely use Trello. And then I’m really pushing heavy into notion. So I’m kind of migrating from Evernote into notion. And I’d like to be even more into notion for things like replacing to do it, but it’s just not there yet in terms of speed. But it is becoming like my repository of like, potentially, I never thought I’d say this, but getting out of Google, like docs, things like that Google Sheets.

I doubt that. It’ll come to that but it can report A lot of stuff, just not quite there for like the mobile version, and quick entry but really, really, really powerful. I think that in 2020 is probably going to become like one of my main drivers. So. So that may not answer the question of what are the best productivity tools, but that is my stack and the best ones? The answer is the one, the best productivity tool is the one that makes you more productive. I will say that it is kind of like a journal.

Like if you use a journal, I I believe that there’s something to be said for the aesthetics of it. Because if you like it, and you like pulling it out or having it nearby, you’ll be more apt to use it. So the same thing goes for a productivity tool, there may be one that is slightly better functionality. But if for some other reason you don’t like using it, then it’s not a good productivity tool for you.

But maybe for someone else, it is the best one. So I would say you know, you can test out these tools, but just give yourself a little bit of a framework something you know, where you say, hey, I’ve got a specific use case I want to try this tool out. And then here is kind of my metric for does it perform better than what I have now? Or if it doesn’t? If I don’t have something that does that, then maybe I adopt that, put it on a 30 day kind of trial period, set a reminder in my calendar and say, Hey, is this actually helping me?

Do I like it? If yes, great incorporated into your flow? If not, you know, move on. So that’s just the quick way to do that, though. Of course, you can personalize that a lot to your own workflow, your business, whatever that is. So. All right, I think that’s going to do it then. So for the last q&a for 2019. Thanks, everybody for a great year and looking forward to answering more questions, diving more into productivity, time management, automation, team building, all that sort of stuff in 2020. So have a great Christmas. Have a great new year. Stay safe, and I’ll see you next year. 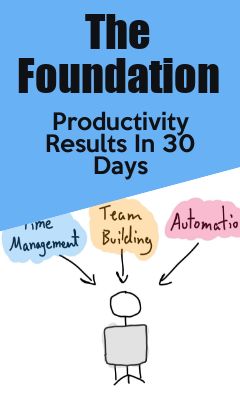 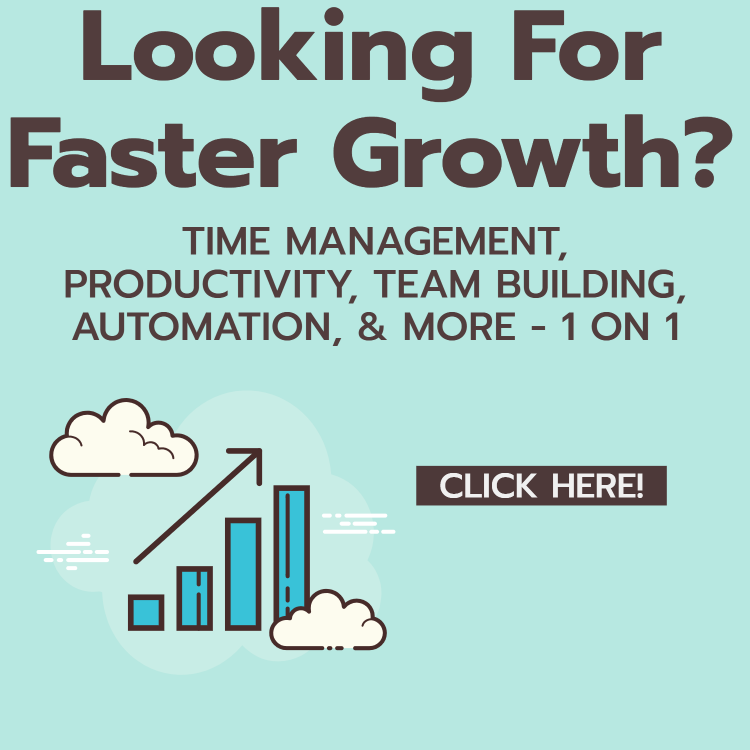