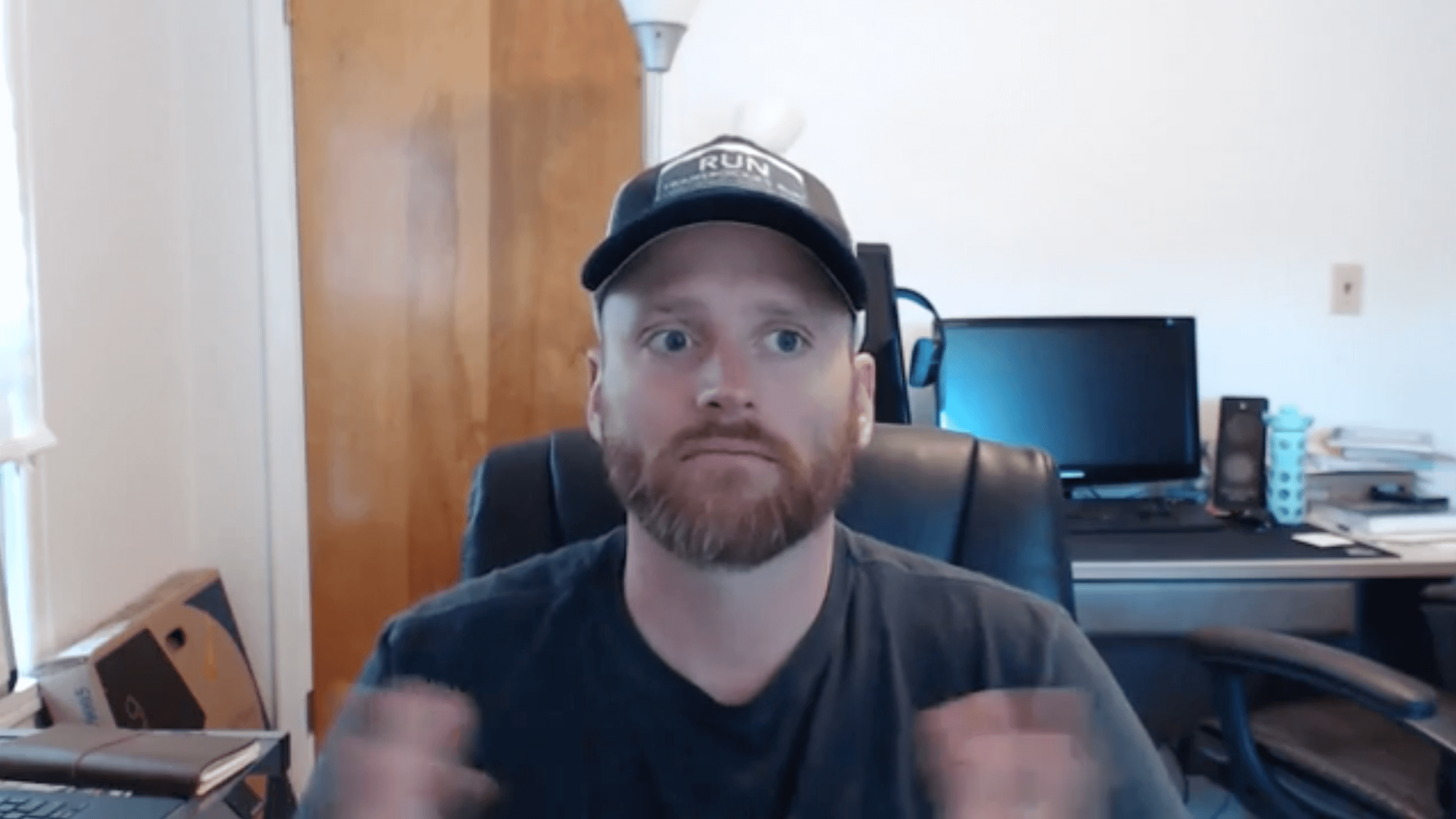 Hey, everybody. Welcome to Productivity Academy Weekly Live Q & A. Today is the 1st of June and I’m back from traveling. This is gonna influence- Excuse me. What we’re doing today in two ways. One, I’m gonna talk a little bit about some productivity-related items having to do with travel. Then two, this is definitely gonna be a shorter one ’cause, like always, no matter how productive you are or what you’re doing, once you come back from a trip where you’ve been taking care of the things I’m gonna talk about, you’ve got some catch-up to do whether it’s work-related or home or everything. In my case, that’s what I’m doing.

Really I found some interesting questions and I had a question about, “How can you increase your productivity while traveling?” I would actually change that around and just say, “How can you be productive” or “How can you be the most productive while you’re traveling?” For me, one of the really, really important things I do is I continue with my schedule. Okay, but I have a bare-bones schedule. What I mean by that is for me, personally, I’ll stick with the daily review. I get my notebook out, and this is where I happen to do my daily review, and I go through that. But I also, with my calendar and Evernote and go through that. It happens unless I’m just taking the day off. Even then I like to just stay on top of things. You’ve gotta have some sort of a foundation instead of just being like, “Oh, I’m traveling” and you’re gonna forget things or your schedule’s off.

You really need that foundation and then you can build everything on top of that. Then what comes next for me is the triage idea. That’s just saying, “Okay, take a look at what I’ve got. How does this fit into my day or my plans that I have while I’m traveling” and then filter it by most important and then you either get rid of the rest or delegate it or reschedule it to another time. That helps do a few things. It means nothing’s really slipping through the cracks. You’re not just ignoring it or not dealing with it. It’s been dealt with. Mentally you’re good. In terms of it’s an assigned task for work or something like that, you’re not dropping the ball. You are recognizing that something needs to be done and you’re doing something with it, which just may be rescheduling, but you’re taking care of it.

That, for me, is the basic foundation. Everyone’s plans are gonna be different ’cause travel’s a loose term. Is it a work trip and you’re busy and you only have after hours? Are you traveling and visiting family and you’ve got some stuff going on that you need to take care of so you’ve got a few hours? I’m not gonna dive into that. If anyone has specific questions about that or ideas on what you do, you can certainly leave a comment and let me know. I’m sure everyone’s got some good ideas on the way they deal with this. Again, just to summarize that, you need to have that foundation. For me, it’s the daily review. I do that every morning and go through and look at my calendar, look at anywhere you take notes, which for me is Evernote, to-do list, and in my notebook. Then I’ll go through and schedule things using Focuster or one of my apps, whatever I’m using.

Yeah, that’s it. I find that to be really helpful. Like I said, it’s just a really good way to deal with things and to have that foundation so that you’re not forgetting anything. The next question, “What are some hacks to be more productive when working while traveling?” That’s a good one. I think the hack isn’t really a hack. It’s more of what I was talking about in terms of being consistent and that the hack is you have his process that works no matter where you’re at. Maybe you can take that condensed version of saying, “Okay, I’m gonna do that daily review” and that happens no matter where you’re at. I know for a lot of people, myself included, if you really change your schedule it really throws you off and things can get complicated. Things’ll slip through the cracks. Having that one or two things that you do no matter what is really gonna help you out. Again, that’s grabbing the notebook, going through my daily schedule, and then doing a triage of, “Okay, here’s the realistic stuff I can get done. The rest of it, delegate or delay or reschedule.”

That, for me, is my big hack. Just make sure that things don’t get lost. Then as far as that, I would say that that general idea is make things simple but no simpler than they need to be. Don’t cut out too much stuff. When you’re traveling try to maintain some sort of a schedule, whether that’s maybe you have to change it and adapt around a new schedule. You can try to keep one or two things the same that you’re used to doing so that you’re not completely shifting and losing your mental hold on what you’re used to do. That’s basically trying to reform a new habit on the fly, which is crazy and probably won’t work. I think we’ve all been there while we’re traveling on or vacation.

If it’s totally different, you don’t have some sort of a schedule or set way of doing things, then that can really mess you up. Anyways, I think that’s gonna do it for today. If you ever have any questions, just head over to www.productivity.academy/questions. If you wanna check out previous episodes you can go to Productivity.Academy, hit the button on the side, sign up. You’ll get email alerts for when we’re going live with this. You can ask questions and you get other cool stuff. Sign up. Anyways, that’s it for this week and I’ll see you later.